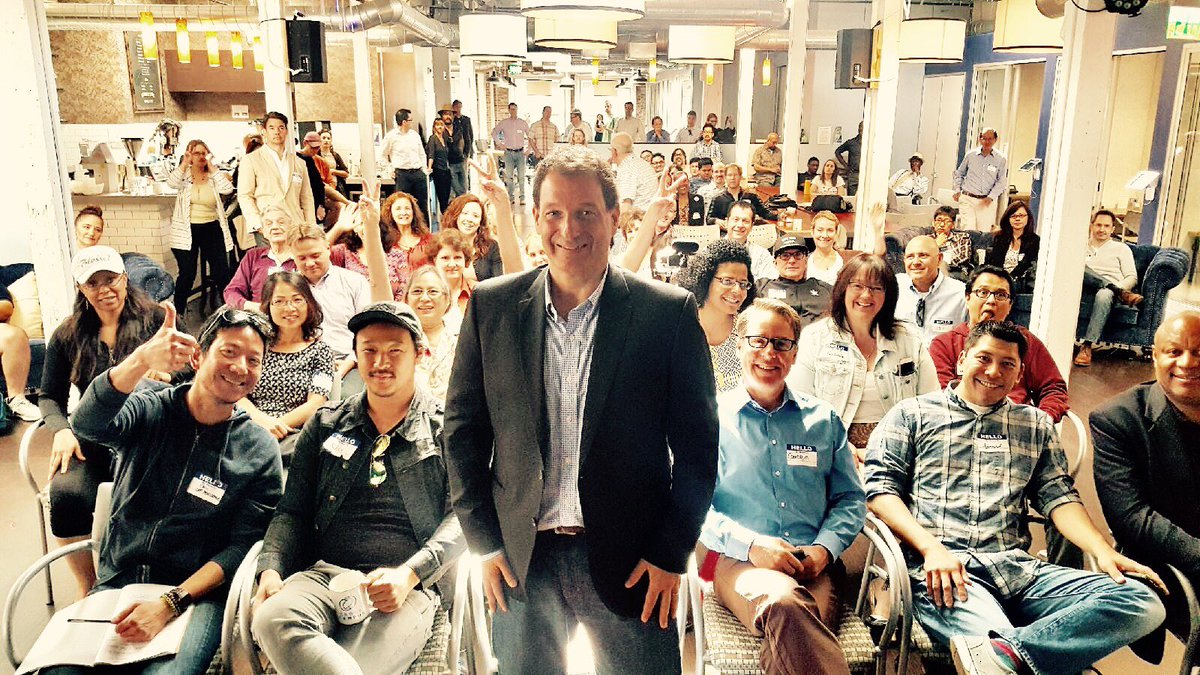 Hi, I’m Drew Koven a global corporate executive turned venture investor. I listen to stories firsthand, from women everyday, that make my blood boil. Female Founders and Women Entrepreneurs, I hear you and there are many men including myself that have your back. And to all those who talk down to, hit on, insult, demean, discount and dismiss women, you’re now officially on notice. The buck stops HERE and NOW! Company insiders and investors who deny that they don’t or didn’t know that these intolerable behaviors we’re going on, it’s time to be accountable. Taking ownership is the first step to making change with a zero tolerance policy for these behaviors. I’m asking all men of good character to get up, stand up and stand with women to create a safe environment and unified voice rooted in respect and trust. And to be accountable for our roles and responsibilities in fixing the systemic issues which undermine the integrity of what we as investors are meant to do, support the most qualified people to build great businesses in an unbiased way. Imagine if this was your daughter, mother, sister, wife, girlfriend, niece, cousin, business partner or friend….

My company LDR Ventures invests in, mentors and advises people from all races, places, genders and ages. We embrace gender equality, impact, inclusion, diversity, team play and female founders. You’ve heard the term, not in my house and I’m here to tell you that the actions of Justin Caldbeck and all those who behave as he does will never be tolerated by me or my team. And to anyone who would behave this way, pick on someone your own gender. I’m calling all of you out.

As a man who respects his mother, worships his wife, is best friends with his ex-wife, a supportive uncle to two brilliant nieces, a mentor to female entrepreneurs, one who has had countless female mentors and role models, an active angel investor and a member of The Men’s Leadership Council for Stuart House in Los Angeles, I have been inspired, educated and awed by many great women. I’ve seen how traumatic and devastating the effects can be on society when we don’t respect and empower women.

In the last few days, many men have spoken up and Justin has taken an indefinite leave of absence from Binary Capital. His statement: “The gap of influence between male venture capitalists and female entrepreneurs is frightening and I hate that my behavior played a role in perpetrating a gender-hostile environment,” Caldbeck wrote in a statement released by Binary Capital, the firm he co-founded in 2014.

And a statement from 2 of the 6 women who he acted inappropriately with: “We need men to be just as engaged in calling out the problem if we want to see real change,” said the two women, Susan Ho and Leiti Hsu. They are co-founders of Journy, a travel startup. “At this point, we’re happy to go back to focusing on running our company.”

LinkedIn founder Reid Hoffman wrote a strongly-worded post on Friday about the allegations and broader problems of sexism in Silicon Valley. “This is entirely immoral and outrageous behavior. And it falls to us to stand with you, to speak out, and to act,” said Hoffman, who is a member of Microsoft (MSFT, Tech30) board of directors. “We all need to solve this problem,” he wrote. “If you stay silent, if you don’t act, then you allow this problem to perpetuate.”

He Said She Said

Sarah Lacy from Pando  has inspired us to ask ourselves how many more Susan Fowlers, Jessica Livingstons and Ellen Pao’s need to come forward at the risk of being victimized, marginalized and potentially blacklisted from opportunities to pursue their dreams and goals. From her article, Binary Capital’s Justin Caldbeck accused of unwanted sexual advances towards female founders. Where’s the outrage? Sarah makes several key points, one in particular:

“Three of the six women they spoke with spoke on the record using their own names to describe the harassment they say they experienced.Those women, Niniane Wang, Susan Ho and Leiti Hsu, took massive professional and personal risks in doing this. Most men in the startup world won’t speak on the record about a VC who treats them poorly. For three women to do so and risk the industry’s retaliation shows not only their courage, but the giant shift that’s taking place in Silicon Valley.”

“It’s also impossible to ignore the depressing reality that, despite the departure of Travis Kalanick and the occasional other “victory” for women in the Valley, there is still a mountain to climb. The first step should be demanding a far, far better response from Caldbeck, and Binary, to the incredibly serious allegations made against him.”

Men and women, Where do we go from here as investors and entrepreneurs to climb together?

Reflecting on the definition of the words Entrepreneurship and Entrepreneur, an entrepreneur is “a person who starts, organizes and manages any enterprise, especially a business, usually with considerable initiative and risk. And how often does the word De-Risking come up in conversations between entrepreneurs and investors, especially with start-ups and early stage companies? If I told you that the greatest risks for female founders and women entrepreneurs was not execution risk but it was industry’s retaliation, what would you think?

In response to Justin Caldbeck, this might just be the straw that broke the VC industry’s back. Writes Sara Lacy, “A partial list of male VCs who have spoken out against Caldbeck in the past 24 hours includes Mike Maples, David Hornik, Bijan Sabet, Josh Kopelman, Matt Ocko, Mark Suster, Michael Carney, Steve Schlafman, Manu Kumar, John Lilly, Reid Hoffman, and Mike Dauber. That in addition, of course, to the many female VCs who called out the problem earlier, including Christie Pitts, Aileen Lee, Ashley Mayer, and Ellen Pao.”

Sheila Lirio Marcelo the founder of Care.com, says that one of the most important things she did was seek out male role models and mentors, not just women.

“Closing the gender gap in business is often a conversation that women have with other women,” she said. “We absolutely need to provide a supportive community for each other, but if we’re truly going to level the playing field, men have to be part of the equation.”

Men, now is the time to condemn these behaviors with a zero tolerance policy. To stand with women using our collective voices, without hesitation or fear and to do the right thing. In an industry that grew out of a need to provide capital for aspiring entrepreneurs that had few options to fund their amazing business opportunities…. one that prides itself on being able to spot the next big thing, real talent, the innovators, dreamers and doers, perhaps it’s time for us to think bigger and reach higher to ensure that everyone is on an equal playing field. And to look for in our own standards what we seek in those we invest it: flawless character, integrity and execution.